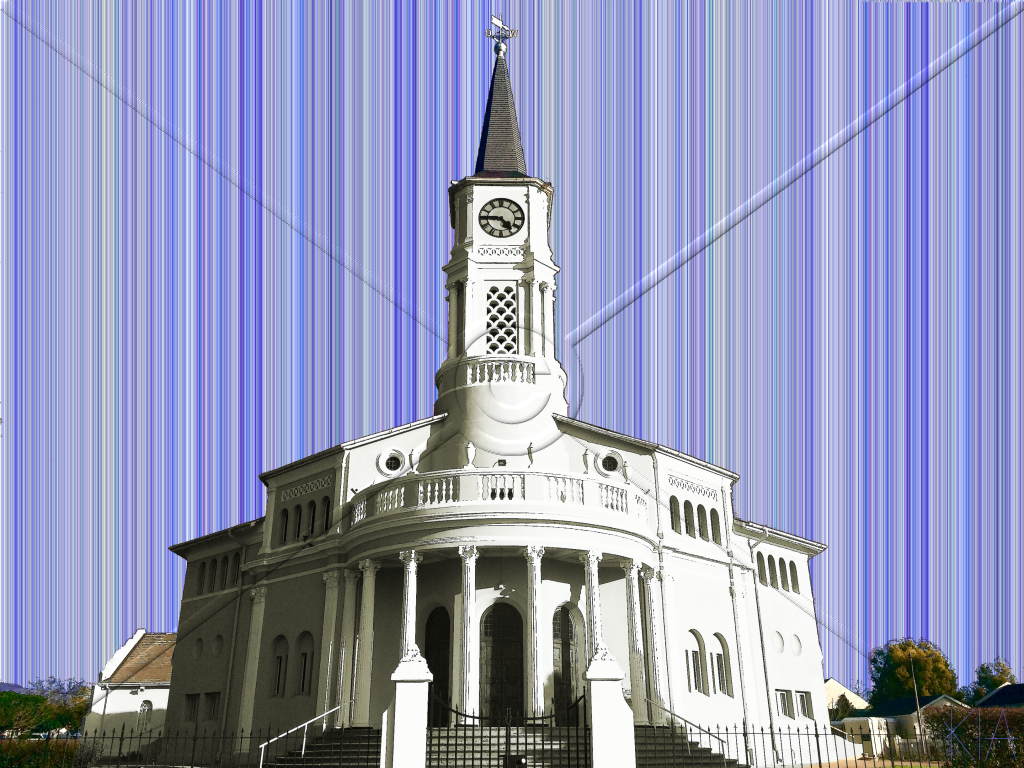 Porterville is a small town that lies approximately 155km North East of Cape Town. The town was established in 1863 on the farm Pomona. The NG Kerk depicted was the third to be erected in the town and was inaugurated on 18 November 1925. The church was designed by Wynand Louw. Louw designed a number of church buildings throughout South Africa. For more history of the town visit the Jan Danckaert Museum in the town.

22 Waterfalls is what drew us to visit Porterville, the holiday farm has a hiking trail that includes 22 waterfalls. You need an entire day to visit all the waterfalls and we only got to see 5.

A night in Porterville will allow you to spend a day hiking around the 22 waterfalls, this is something that I still want to do. Nieuwoudtville (Locals pronounce it “knee – hout – ville”) is the bulb capital of the world. The flower displays that take place in August-September are what drew us to visit this fascinating place. Nieuwoudtville was established in 1897 and lies on the bokkeveld escarpment. The town is extremely small and there is not much going for it besides the flowers. The petrol station for example is only open for certain hours in the day.

The visit to the town and the falls took place on a Sunday. We drove up to see the flowers for a weekend staying the Saturday night in the neighbouring town of VanRhyndorp. Being mid September many of the flowers had passed and VanRhynsdorp does not really have anything beyond the flowers either.

The Nieuwoudtville waterfall is amazing as it is completely unexpected as you drive to the parking area. There is an entrence fee so you will require some cash in order to pay. The entrance was R18 per adult when we visited. The two pictures below from Nieuwoudtville.com show an aerial view of the waterfall in a dry session. The picture below that shows the waterfall in summer after heavy rains (Picture from Kontrei Travel). 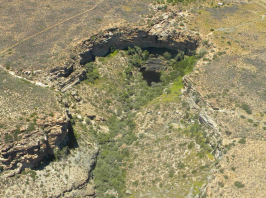 Our trip to the Namaqualand flowers was not the most successful trip that we have ever been on. If you are considering taking a trip to see the spring flowers and I would recommend this if you are a lover of natural beauty, then I would consider the following advice:

Carl Otto Hager was born and raised in Germany. We came out to South Africa in December 1838. Mr Hager who studied art/architecture in Germany worked at a portraitist, a tobaconist, photographer and only late in life did he make a success as an architect focussing on church buildings. For more information on Carl Otto Hager click here and here.

This building is absolutely stunning and is one of many national monuments that can be found in Stellenbosch. When you take your trip to Stellenbosch be sure to visit this building.

The Piketberg Dutch Reformed Church was built from 1880 – 1882, inaugurated on 28 April 1882. The design is Neo-Gothic in style by architect, Carl Otto Hager. The building is contructed from Table Mountain sandstone from the west of the town.

The Piketberg mountains flanking the town are its namesake and were given this name as the Cape Government from 1655 placed Piquet’s (Millitary outposts) on the mountain during clashes with Hottentot clans. Piketberg was spelled Piquetberg until the 1930’s when it changed to its current spelling. 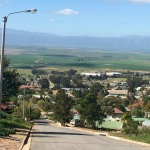 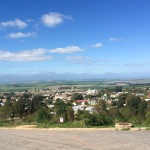 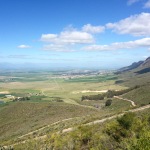 In 1836 the then Governor of the Cape Sir Benjamin D’Urban donated the Farm “Grootfontein” to the church council as they had started to build on the land. The town remained under church management until 1906 when it was handed over to the municipality.

One cannot deny the beauty in the design and construction of the amazing church building. It is very unfortunate though that as the town name suggests, people had to be driven from the land via war and conflict in order for this building to erected. This statement makes me think deeply about humans, our past, present and future. This is a rather serious thought regarding how people see themselves in terms of superiority. Human nature is extremely complex and I am not going to get into a thesis here. What I do ask of people though is to broaden your mind and see that there are many different perspectives. Understanding that this is the case and being open to others views and the possibility of changing your own is what society needs.

The town of Piketberg is most definitely worth a visit. The views of the mountains and farm land are spectacular and it is further proof that South Africa has so much to offer. For more information on Piketberg see  the links below:

Hiked to the top of Gunung Raya, the tallest mountain in Langkawi (881m). So many stairs! Was not such a clear day so a little hazy at the top. There is an abandoned resturant and hotel at the top. I think it is an XMen base. Also went to Pantai Tanjung Rhu beach. Was pretty hot! Had fun scootering around the island before flying out tonight!
2019 was an amazing year. Visited over 10 new Countries, many amazing experiences and met fantastic people! 2020 is going to be another amazing year. #9isnotenough
Layover in Qatar
One evening running around a rainy Istanbul. Have to come back here!!! So quick #Cloudchopper slept through it all!
Afternoon if exploring after giving an ExO Awake talk here in Hanoi. #Cloudchopper being a tree climbing sheep 🐑 Drinking coffee at the Note Coffee shop. Could not find the Note I saw in @karaandnate Video. Coffee was great!
Evening walk around Hoàn Kiếm Lake. Loved the laughing group yoga exercises that were going on! Very festive as they close the street on the weekend
A few photos from the day in Hanoi! #Cloudchopper facing up to the Stock exchange Bull, the Opera, Temple of the Jade Mountain, St Joseph's Cathedral and the Train Street
Took a quick trip to the Manila American Cemetery and Memorial. The grounds are so well kept. There were over 36000 people that were lost and their bodies not found and this memorial remembers them.